Things that happened on March 12th:

1622: Ignatius of Loyola and Francis Xavier, founders of the Jesuits, are canonized as saints by the Catholic Church.

1894: Coca-Cola is bottled and sold for the first time in Vicksburg, Mississippi, by local soda fountain operator Joseph Biedenharn.

1993: The Blizzard of 1993 – Snow begins to fall across the eastern portion of the US with tornadoes, thunder snow storms, high winds and record low temperatures. The storm lasts for 30 hours.

2013: Bear and Bee by Sergio Ruzzier is published by Disney-Hyperion. 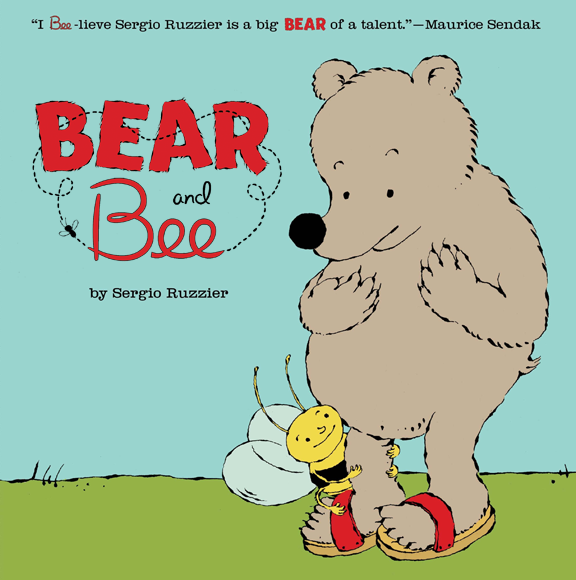 Yesterday I was at Books of Wonder in Manhattan for the first signing of Bear and Bee and Have You Seen My New Blue Socks? Thanks to all the nice people who came by and to all the staff! If you want to get a signed and doodled copy, you can get it from BoW’s website, clicking on the titles of the books in this post, above. Here’s what I saw as I entered the store. 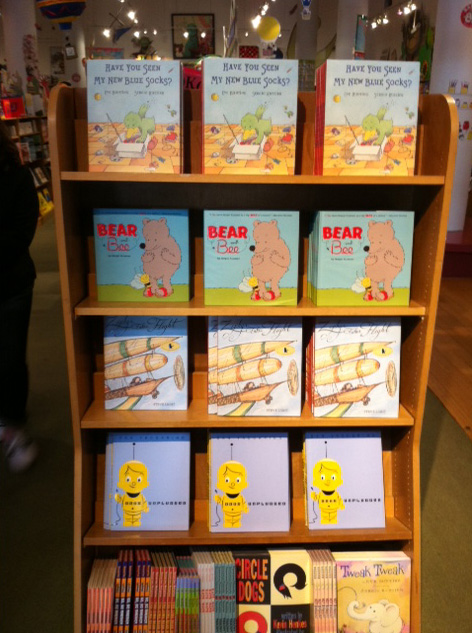 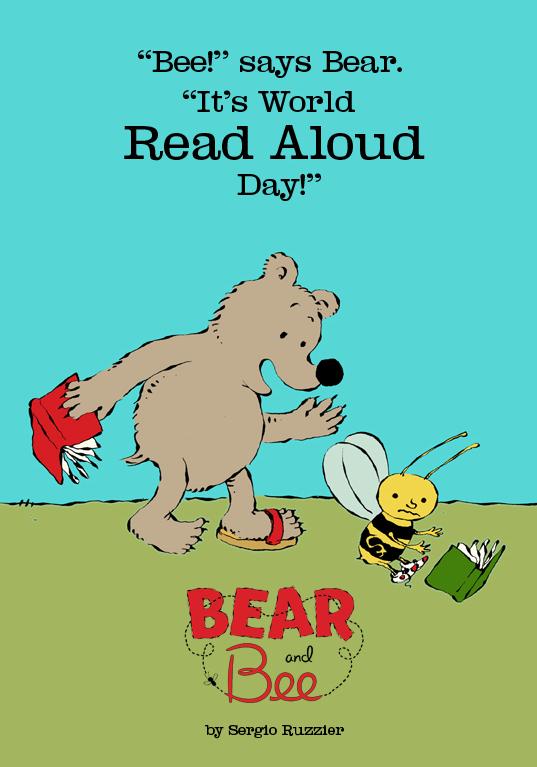 Click here BearBee_ActivitySheets  to download for free four activity sheets, courtesy of Bear and Bee! Feel free to make as many copies as you wish and share with your friends, students, patrons, etc. 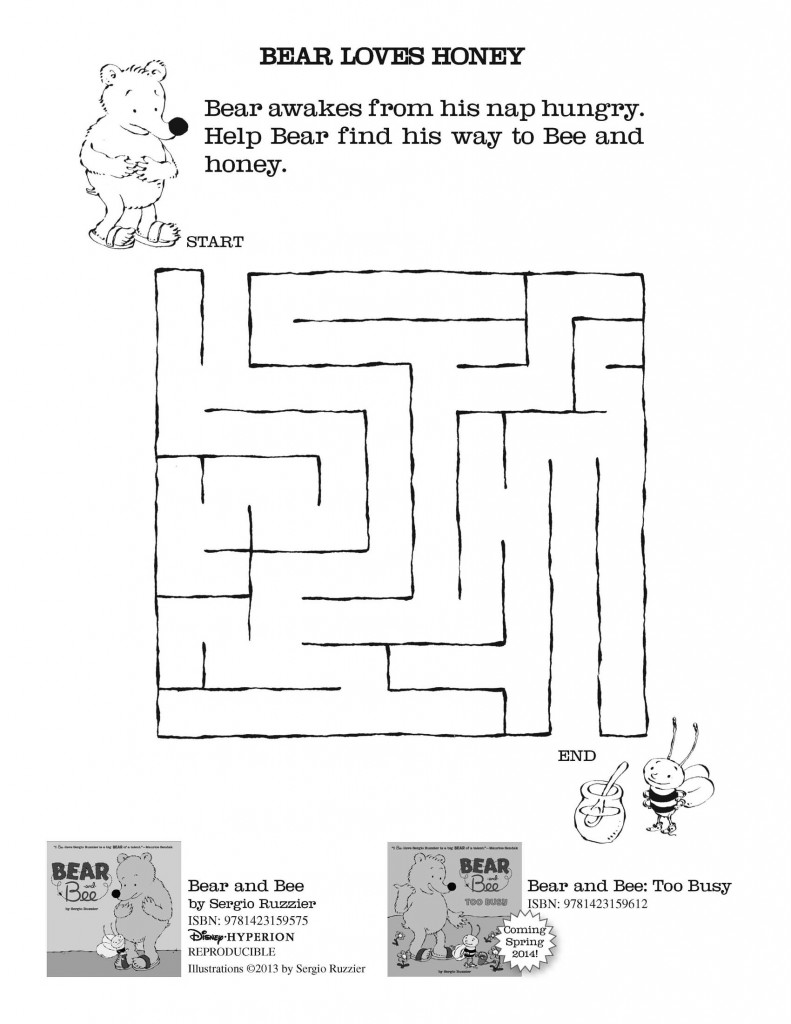 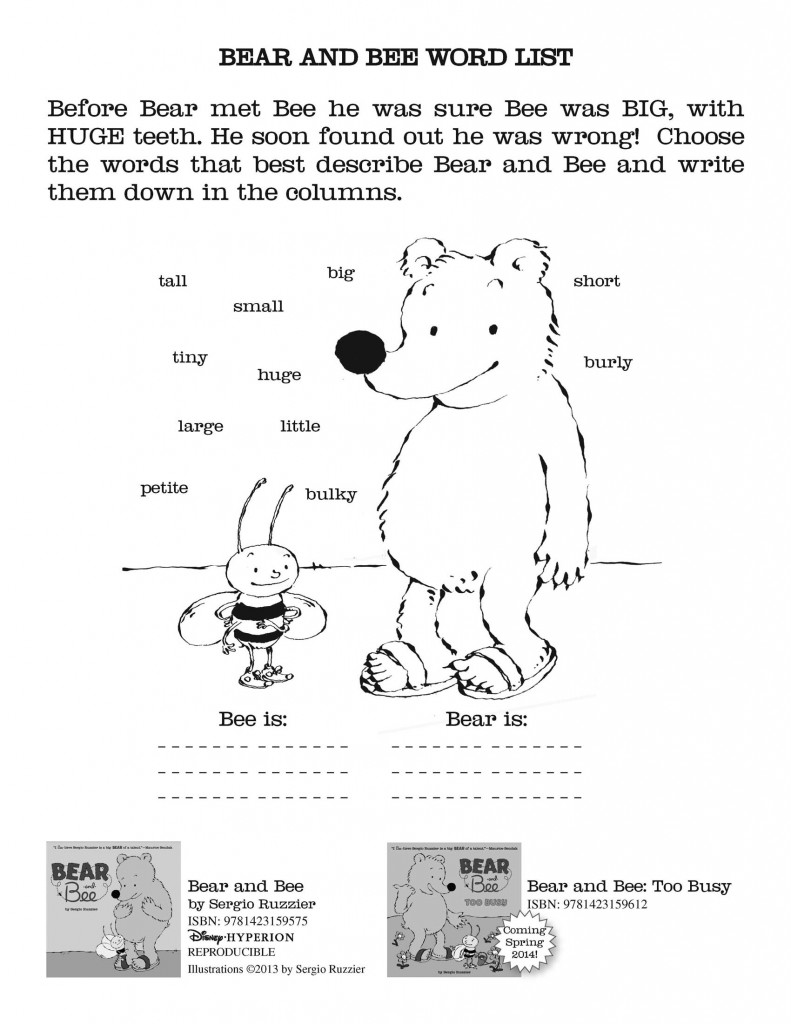 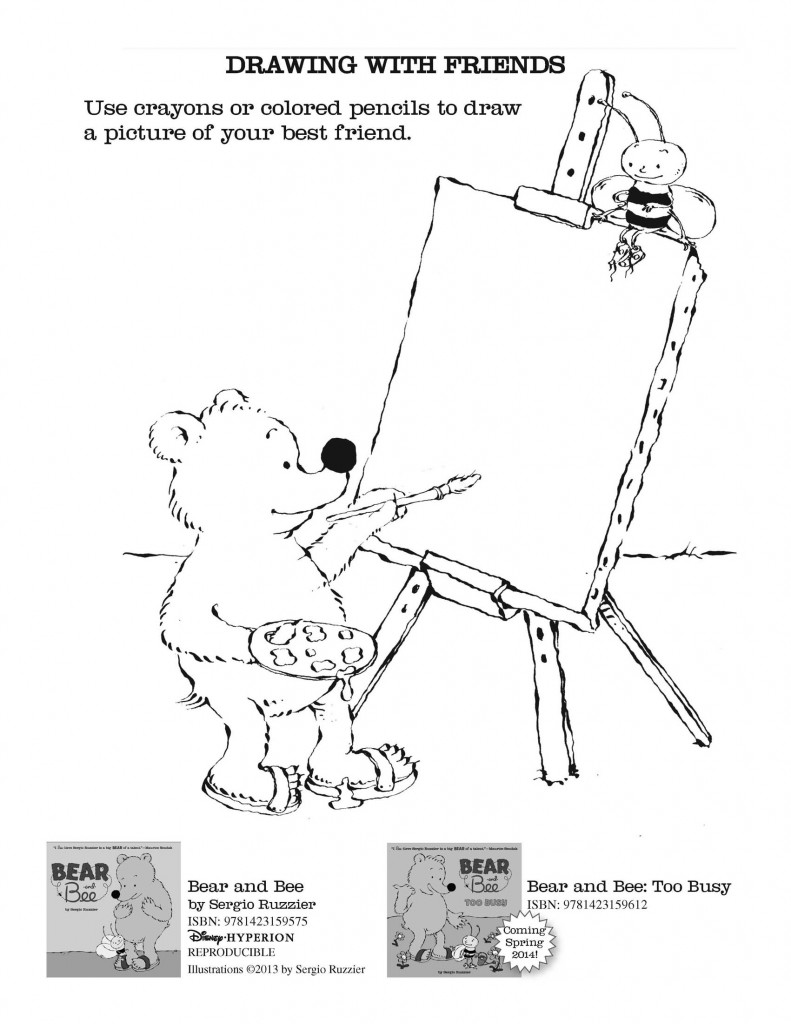 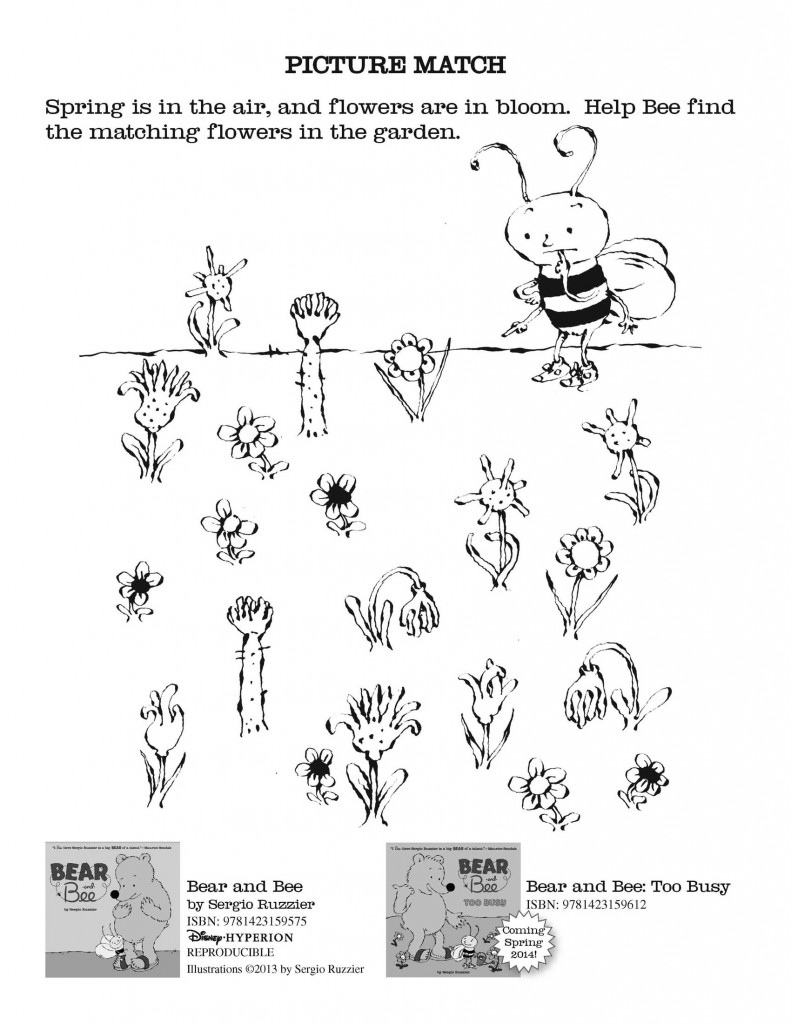 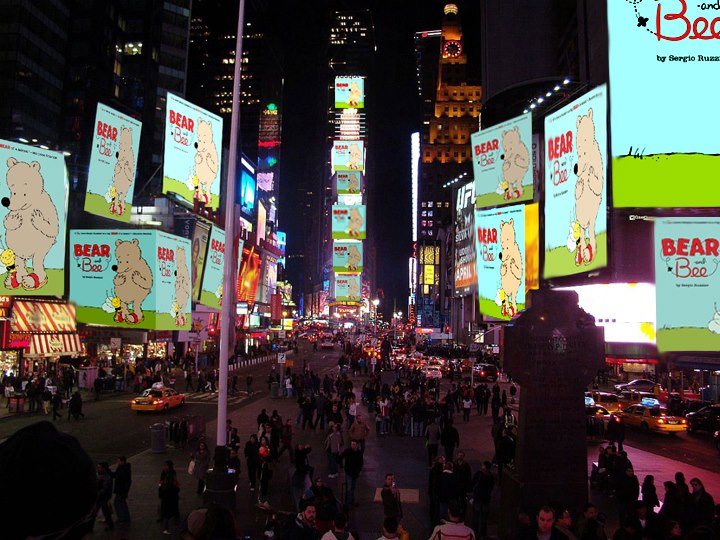 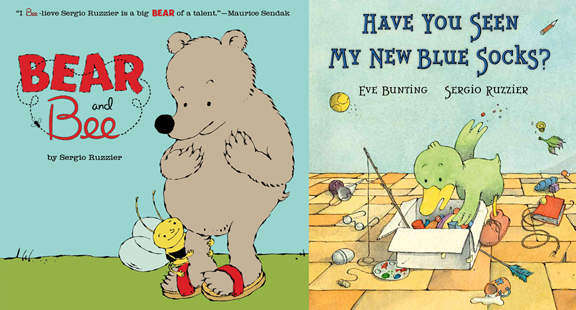 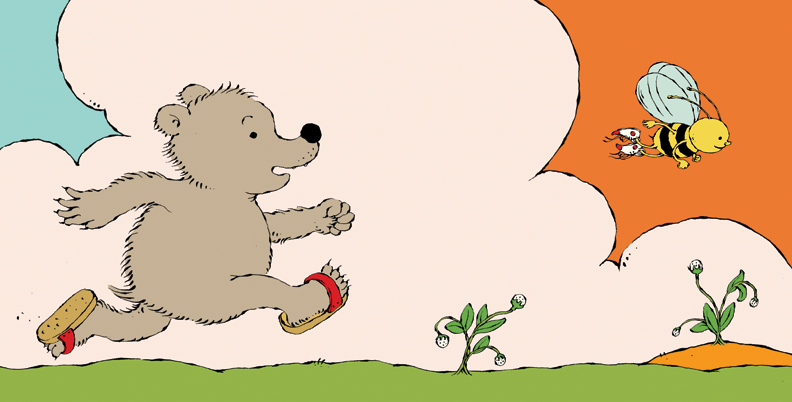 A spread from Bear and Bee. 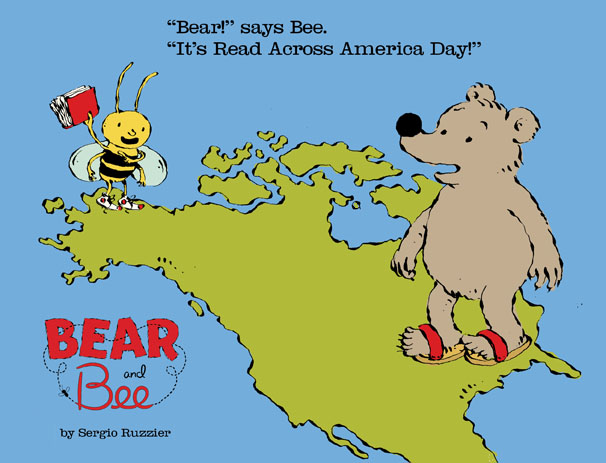 I share a studio in Gowanus, Brooklyn, with four other authors/illustrators: Sophie Blackall, Brian Floca, Eddie Hemingway, and John Bemelmans Marciano. Do I need to say that they are all lovely and talented? Good.

Anyway: earlier today, Pen & Oink published a post about a recent studio visit. Among the many nice pictures, they also published a panoramic photograph of the studio itself, with everybody feverishly working at their desk, except for Eddie. Where was he when Robin Rosenthal took the picture? I finally solved the mystery: he must have been photoshopped out! Here’s the original photograph before it was retouched.

Please tale a look at Julie Danielson’s new post, with roughs, sketches, and finished art from my two new books. 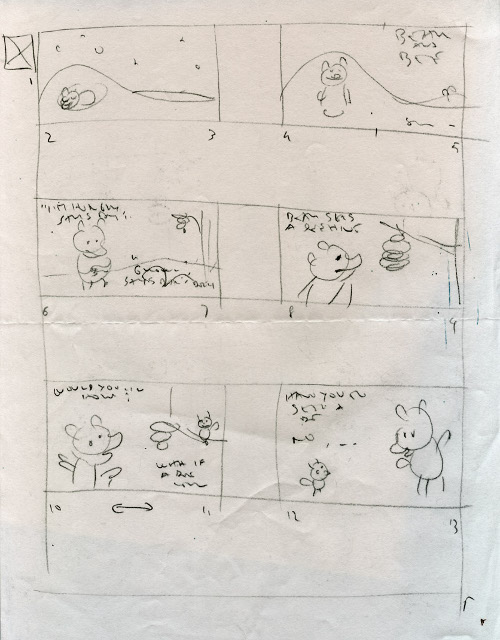