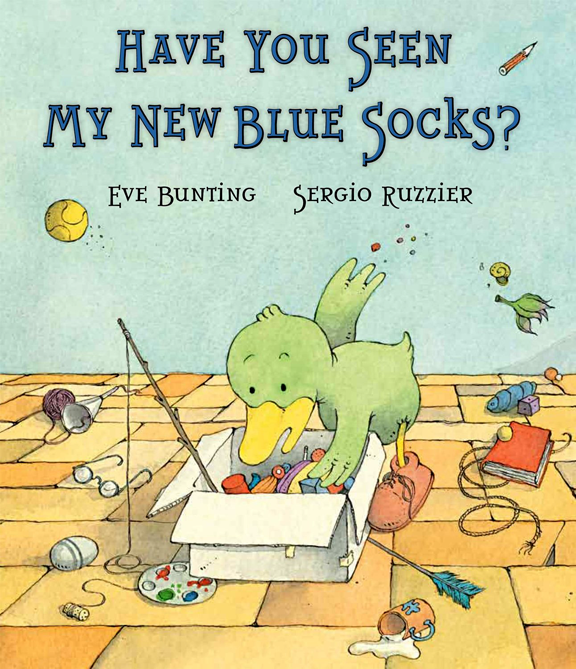 Have You Seen My New Blue Socks?

“A great addition to the literature on ducks. . . or socks!”
– Kirkus, starred review

“Such angst over a pair of socks has never been conveyed so well. . . . A perfect book for the newest reader, especially one with a grand sense of humor.”
– Horn Book, starred review

“This is a whimsical delight for children whose parents clamor for phonics-based books.”
– School Library Journal, starred review