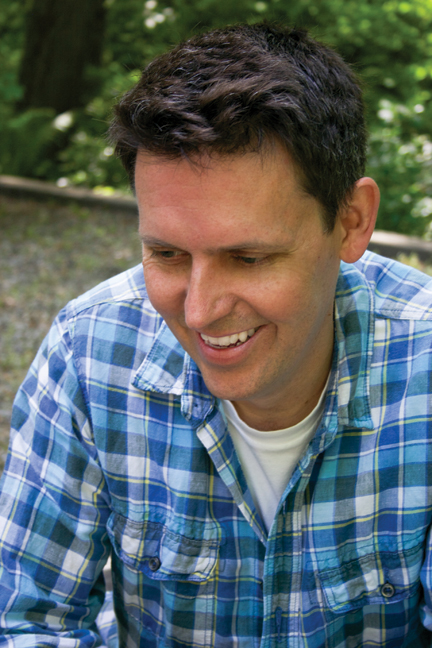 This is tough because Sergio straight up told me I couldn’t stick my own books in here or he’d swap them out with his.

That kind of screws me because I am only familiar with my catalog.

So it’s on to plan B – a trip to the local library to see what I can dig up.
Some quick googling should tell me if my town has a library or not. Wish me luck.
Good news. It’s like a block away. I found some promising titles. Here they are.

1. The Stinky Cheese Man and other Fairly Stupid Tales.
Jon Scieszka and Lane Smith. Designed by Molly Leach (very important)
This is the one that started it all for me. Picking it up in the bookstore I thought,
“There’s no way the inside can pay off the cover.”
Boy did it ever. It’s hilarious, great illustrations and the typography is freaking amazing.
A perfect, thoughtful package. I was doing graphic design at the time and I couldn’t get over how well the type supported and enhanced the story.

It was eye opening to see something so funny taken so seriously.

2. I Want my Hat Back
Jon Klassen
I’m just glad to bring this book from the shadows into the light of day, even for a
moment.
This was the same experience as Stinky Cheese. I saw this in the bookstore and immediately had a design crush.

The simple, confident layout, the bear staring off into the middle distance too preoccupied by a missing hat to pose for the cover of his own book.
“Don’t judge it by that.” I told myself.
Then I foolishly opened it. That thing is so perfect it could melt the face off a Nazi.
The character design, the palette, the typography, the understated layouts. Gorgeous.
Oh, and it’s funny. Not “BLAH! LOOK AT ME!” funny. Smart funny.
Halfway through I was pretty envious and tried to talk myself down.
“It’ll be okay,” I thought, “there’s no way he can pay this off. They’ll hug it out at the end, or come up with an elaborate schedule to share the hat, you’ll see.”
At the satisfying conclusion I whispered a tiny, defeated “f-me” in the kids section of my local bookstore.
So you think I could at least harbor some life-affirming petty resentment against the guy, right? Well, turns out Jon is pretty nice in real life. He’s stolen that joy from me too.

3. Arnie the Doughnut/Scrambled States of America
Laurie Keller
I love Laurie Keller.
I am grouping two titles together because I love them both for the same reason. They are super funny and charming. My son is nine and he still pulls them off the shelf at night. One reason he likes them so much is that his Dad cracks up every time. Plus they are jam packed with jokes. I am still finding little gems in there.
Both of these are Laurie Keller’s lovely, funny personality in concentrated book form.

4. When Randolph Turned Rotten
Charise Mericle Harper
Charise is a genius.
The reason I love this book is really simple. Randolph is a jerk. Not only does he fall prey to petty jealously, he acts on his feelings. Randolph’s friend Ivy gets invited to a sleepover and he doesn’t. So he’s like, “Okay cool, maybe next time.” Right?
WRONG! He fills her bag with logs! Oh, he’s a beaver I forgot to tell you.
Charise is great about not handing the reader the story they expect. It’s like a bait and switch scam where you get something better than you came for.

5. Frog and Toad are Friends
Arnold Lobel
Do I really have to explain this one?
I remember these as a kid but forgot how clever and dry they are. Of course at the time I was probably like, “Talking frog. Cool. Can we go see Star Wars again?”
I love these books. 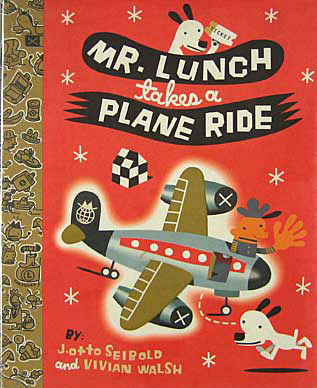 Okay, this is many books, I am not following the rules. Again, I love these books for the same reasons. Vivian Walsh’s playful, absurd, matter-of-fact text and
J. Otto’s modern fever dream illustrations.
Monkey Business is almost twenty years old and it feels like it could come out in like, I dunno, five years.

8. Supposing…
Alastair Reid and Bob Gill
This book is so fantastic. Every page starts with the word “Supposing” then launches into a bizarre scenario.
“Supposing a funny old fortune teller told me I was going on a journey and just to bamboozle her I stayed home for the rest of my life…”
Stuff like that.
Oh wait, here’s another one.
“Supposing I telephoned people I didn’t know in the middle of the night and practiced my horrible sounds over the phone…”
Ha!

9. The Animal Fair
Alice and Martin Provensen
Honestly, I don’t know if I have actually ever read it. I sure do look at it all the time though. 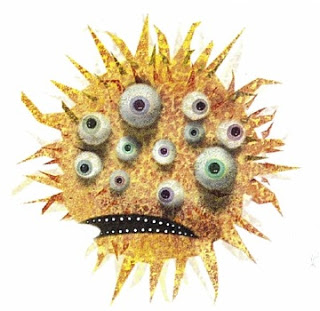 Did you read that? George Saunders and Lane Smith.
Again a perfect package. A modern fable and some of my favorite Lane Smith illustrations ever. Luckily I picked it up when it came out, so I have the beautiful translucent cover that Molly Leach designed.
It’s beautiful.
I think I’ll read it right now…

This is also against the rules, but I think these illustrators are doing fantastic work.
Two years. That’s how long Zach Ohora will keep answering my emails before he figures out “the riffraff” is holding him back. Greg Pizzoli? Six months.
Do you guys know Peter Brown? Didn’t think so. Google him, you’ll be pleasantly surprised.
If Lucy Cousins makes it, I want it. Also, Lauren Child. Oh and Delphine Durand.
Ice cream. I like ice cream. I like when they pour espresso over it.
Sorry. Now I’m just listing things I like.